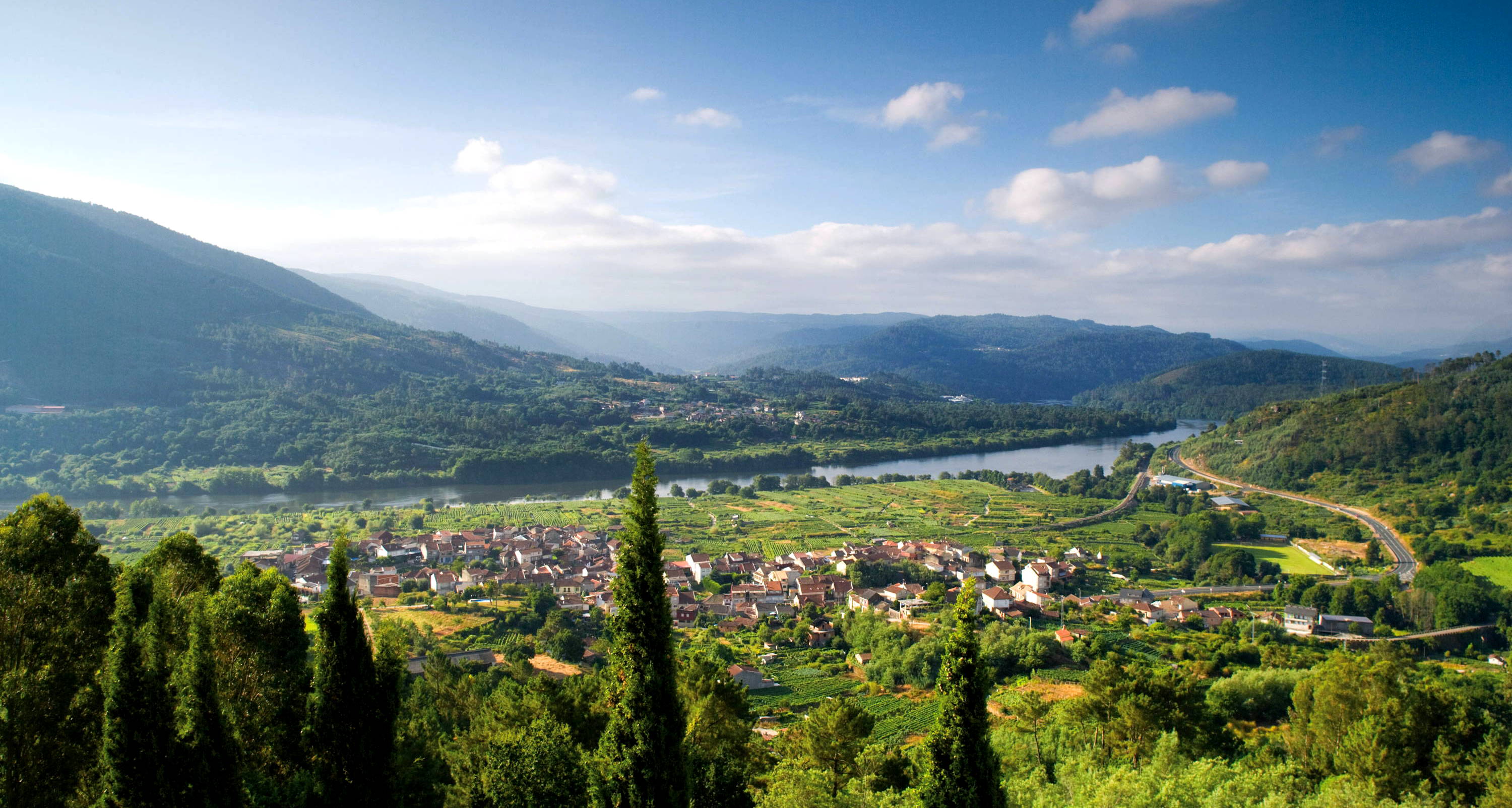 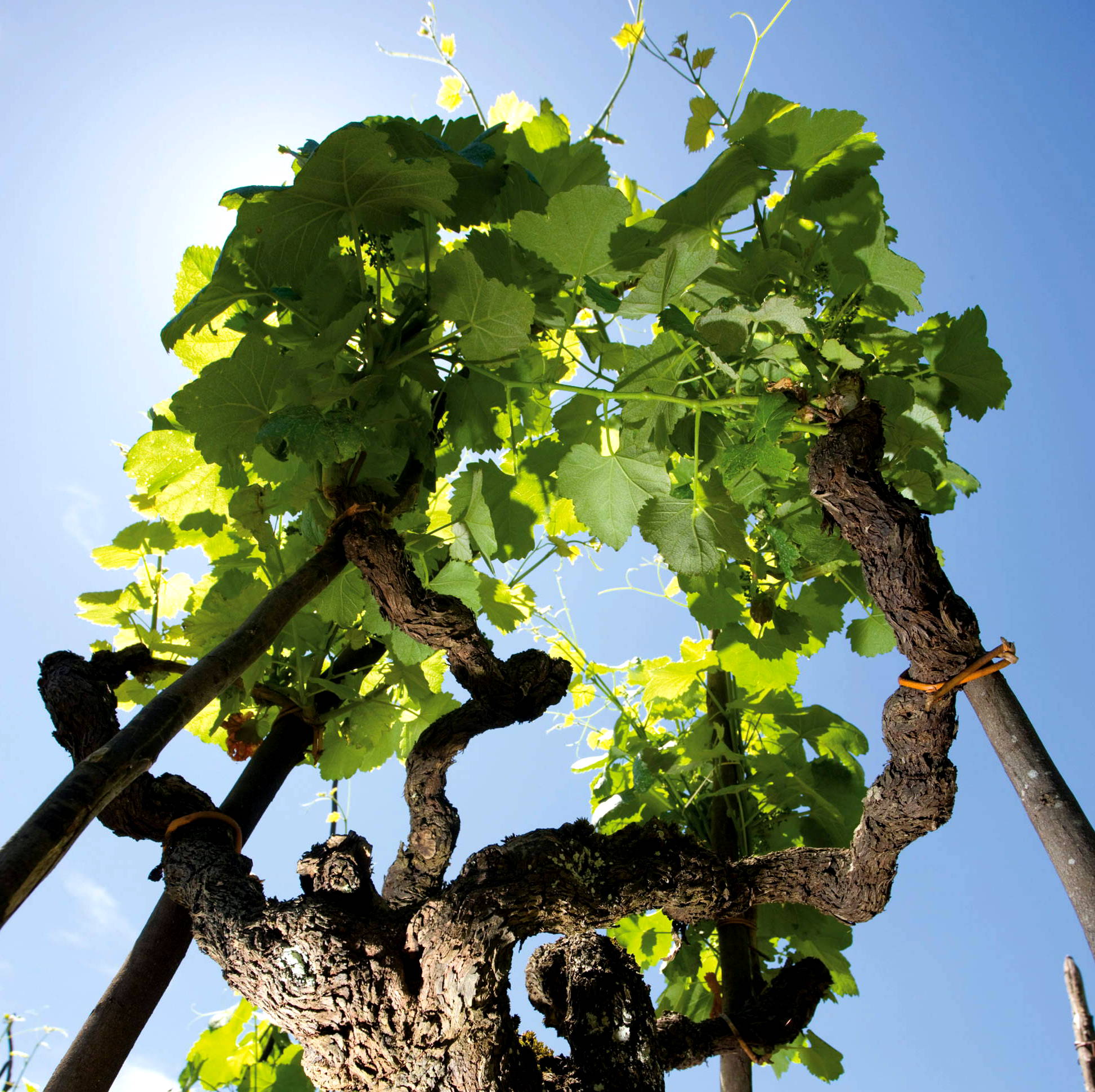 Ribeiro is currently coming back to its origin using local grapes, recovering and creating new plantations through restructuring and conversion of the vineyard. In addition, new wineries have joined in in the last decades which, along with new technologies, aim to get the best quality and the historical expression of the wine culture. 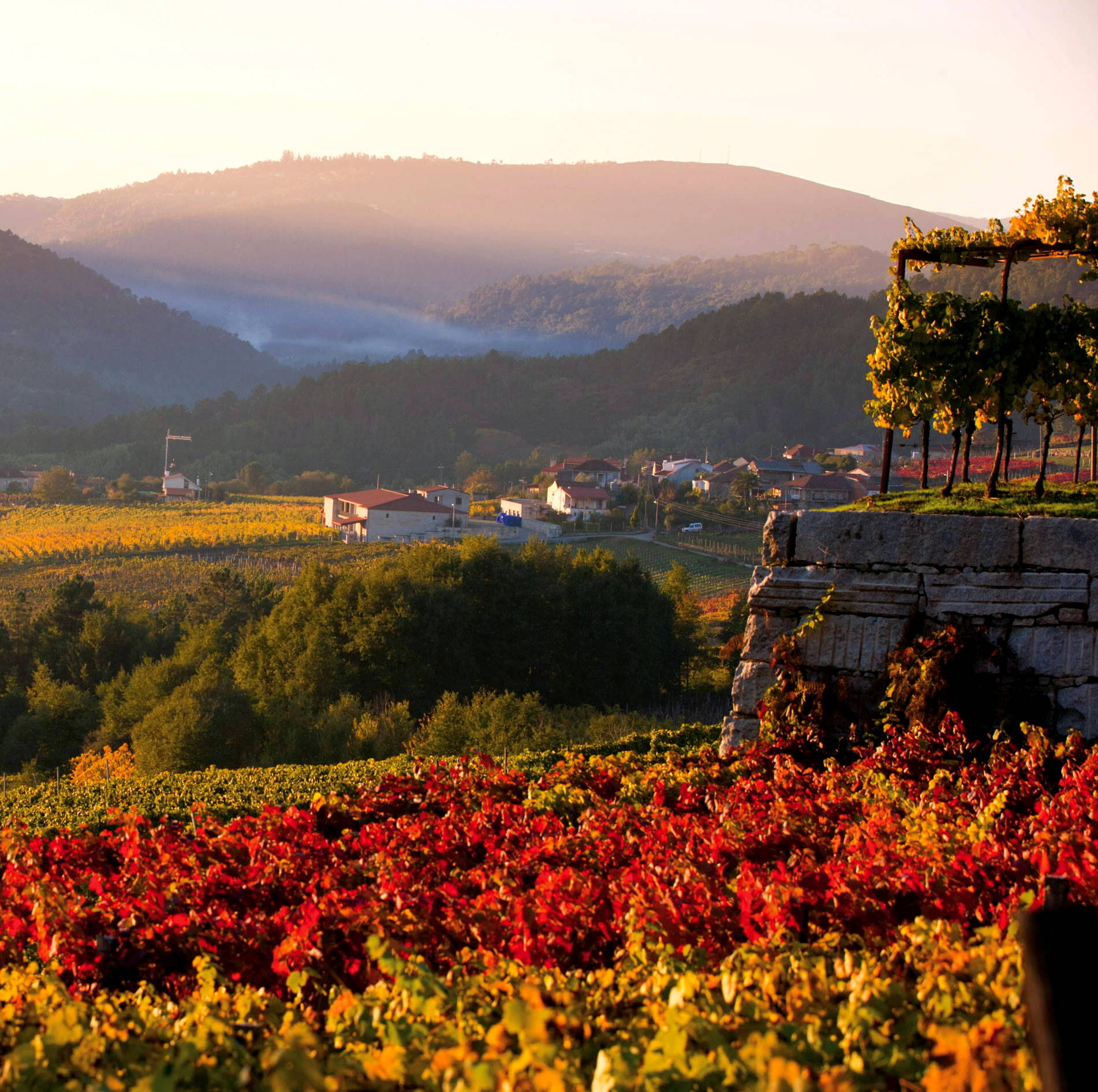 Ribeiro is located in the province of Orense, at the point where the Miño is no longer level with the Portuguese border, and is adjacent to the D.O. Rías Baixas. After the 'small-is-beautiful' style of Rías Baixas, the confrontation with the traditional Spanish bodegas with its massive, millions of liter barrels, is quite a transition. But we step back into reality here. Ribeiro is a D.O. since '57 but before Rías Baixas drew attention to Galicia, this area had little impact on the export markets. In many ways, this neglect is unjustified.
Ribeiro wines range from pleasant, fresh to surprisingly good wines. The turnaround, strangely enough, started at the largest cooperative in the region, in Ribadavia. As Rías Baixas became more and more popular, the export market also began to turn its attention to the neighbor and the cooperative's successes sparked significant investments in this region, with modern high-tech bottom gas and smaller bottom gas being acquired by national wine holding companies that wanted to serve the export market directly.

The D.O. recognizes 3 basic types of wine: white, red and 'enverado', this is wine from not fully ripe grapes. This is a relic from the time that in Ribeiro you could only obtain wine with a good acidity by picking the grapes in August and fermenting them to 9%. The new developments in temperature control have made this classification superfluous, but it still exists technically. White wines can be made from any of the permitted varieties, as long as they have an alcohol content between 9 and 13%. For red wines, this is between 9 and 12%. Enverado wines must contain between 8 and 9% alcohol.